Killed in the Line of Duty 89 Years Ago Today 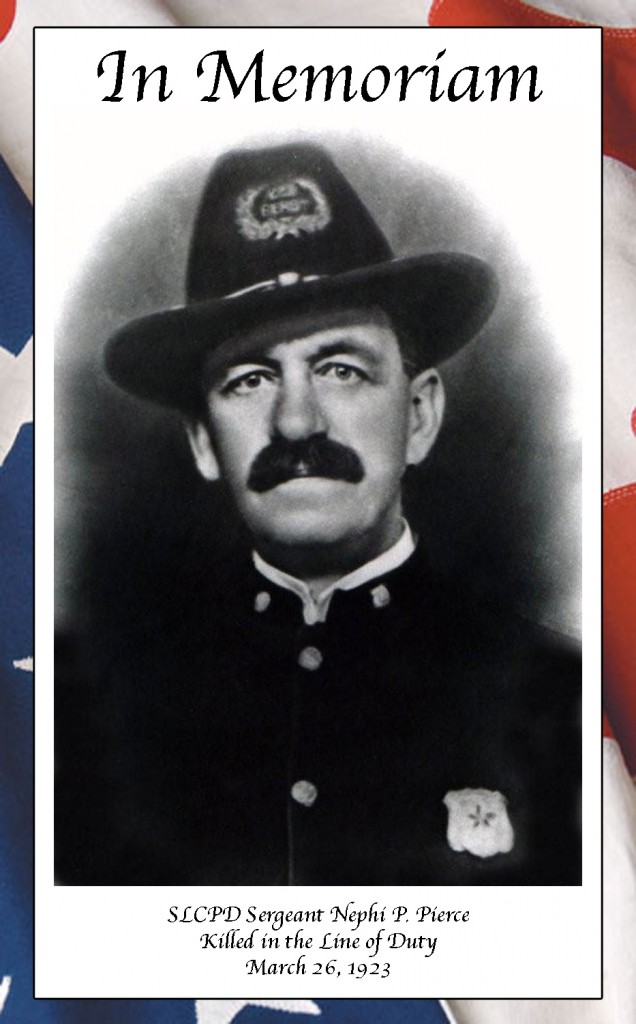 SALT LAKE CITY—The Salt Lake City Police Department remembers the loss of one its own: Sergeant Nephi Pierce, killed in the line of duty March 26, 1923.

Sergeant Pierce died from the effects of a gunshot wound inflicted four months earlier by an armed-robbery suspect.