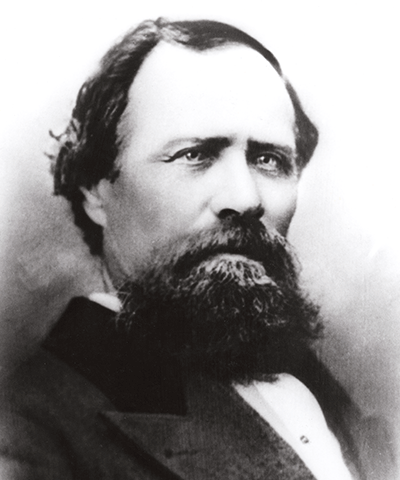 Marshal Burt was murdered by a deranged man in downtown Salt Lake City on August 25, 1883.

Accompanied by the city water master, the 54-year-old victim was searching for a suspect who had earlier threatened the life of a local merchant. When they located the suspect at 200 S. Main, the suspect shot Marshal Burt with a .45-70 caliber rifle.

Marshal Burt was married and the father of a large number of children. He is buried in the Salt Lake City Cemetery.

If you have family history or photos of Marshal Burt to share, please email policehistory@slcgov.com or call (801) 799-3340.