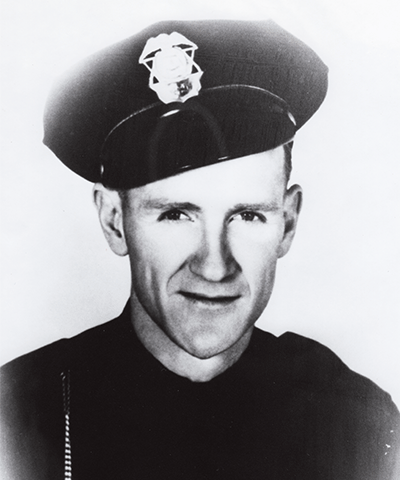 Sergeant Farley was shot and killed by a robbery suspect on May 23, 1951.

The 37-year-old victim had staked out a car parked near 300 South State Street, a car investigators believed was used in an Ogden robbery. When a man and a woman returned to the vehicle, Sgt. Farley arrested them.

As Sgt. Farley was driving northbound near 260 South State, the male suspect produced a handgun hidden in the seat and shot the victim in the stomach. Farley died a short time later at a hospital.

Sgt. Farley was married and the father of three children. He is buried in the Heber City Cemetery.

If you have memories or photos of Sgt. Farley to share, please email policehistory@slcgov.com or call (801) 799-3340.