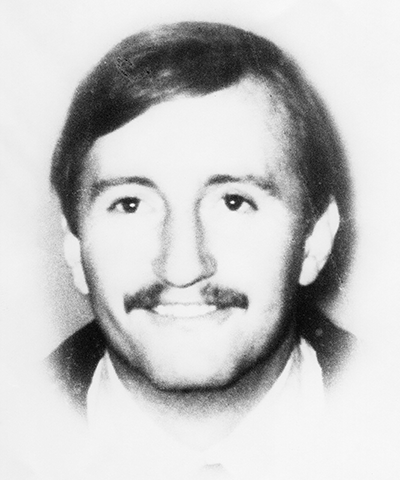 Then-Corporal Heaps was shot and killed while investigating a suspicious person call. At approximately 9:25 p.m., the 32-year-old victim and two other officers responded to the area of 1300 South and 300 East. They contacted the occupants of a motor home, unaware that one of them was wanted for the October 2, 1981, murder of California Highway Patrol Officer John Martinez.

When the officers asked about the ownership of the motor home, the wanted suspect produced a 9mm pistol and began firing. Corporal Heaps was struck between the panels of his body armor and died within a few minutes. Although wounded, the second officer shot and killed the assailant.

Another suspect attempting to flee the area was shot and killed by the third officer.

Corporal Heaps was married and the father of four children. Posthumously promoted to sergeant, he is buried in the Alpine City Cemetery.

If you have memories or photos of Sergeant Heaps to share, please email policehistory@slcgov.com or call (801) 799-3340.