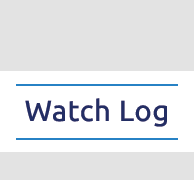 A male walked into the Little Caesars and purchased a pizza. He loitered around the store for several minutes while other customers made purchases. When the cash register was opened, the suspect approached the cashier and brandished a handgun demanding all the money in the register. The cashier complied and the suspect fled east towards the Jordan River Trail with cash. The suspect is identified as a Male white adult, wearing a dark hooded jacket over a dark sweatshirt, blue jeans, light gloves and tan boots.

The Victim had invited a female he only knows as Diana. Diana ran out of his house with two of his phones. As she exited an unidentified male, possibly Diana’s boyfriend, entered the apartment without permission. The male demanded that victim give him $80. The victim refused and the male displayed a folded pocket knife and made threats. The victim yelled for his neighbor to call police and the suspect male ran out of the apartment and was not located. Diana is described as a heavy black female, 5’6″, wearing a white shirt and black pants. The suspect is described as a skinny white male, bald, unknown clothing.