SALT LAKE CITY — Officers with the Salt Lake City Police Department have arrested a 48-year-old man who is accused of stealing a SLCPD patrol car and then crashing it within the span of 12 minutes.

This investigation started at approximately 10:45 p.m. on December 24, 2021 when an SLCPD officer exited the Gail Miller Resource Center, located at 242 Paramount Avenue, and realized the patrol vehicle was missing.

The officer whose vehicle was stolen was supporting the Salt Lake City Fire Department on an unrelated call for service at the resource center.

The preliminary investigation has shown the officer’s key fob, which locks the vehicle and keeps it running securely, malfunctioned after the officer locked the doors.

While tracking the vehicle, SLCPD received information the driver lost control of the patrol vehicle and crashed on Foothill Drive near Interstate 80. The suspect, identified as Stuart Wilson, initially refused to exit the vehicle. With the assistance of the Utah Highway Patrol, SLCPD officers safely took Wilson into custody without incident.

Officers booked Wilson into the Salt Lake County Metro Jail on multiple charges including Theft of Services, Drunkenness, Theft of a Vehicle, Assault by a Prisoner, Criminal Mischief, Interfering with an Arresting Officer, Disorderly Conduct and Not having a Valid Driver’s License.

Due to the holiday, no SLCPD PIO or on-duty Watch Commander is available for interviews regarding this matter.

Three photos from the crash scene are being released.

There are no additional details about this case to be released. 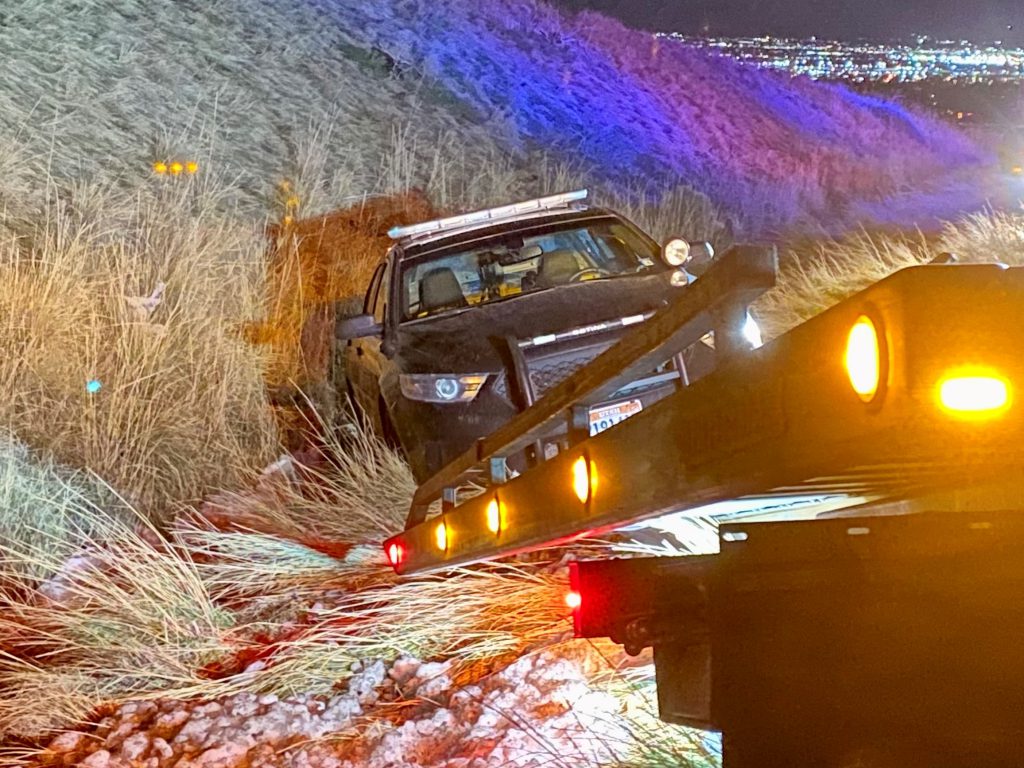 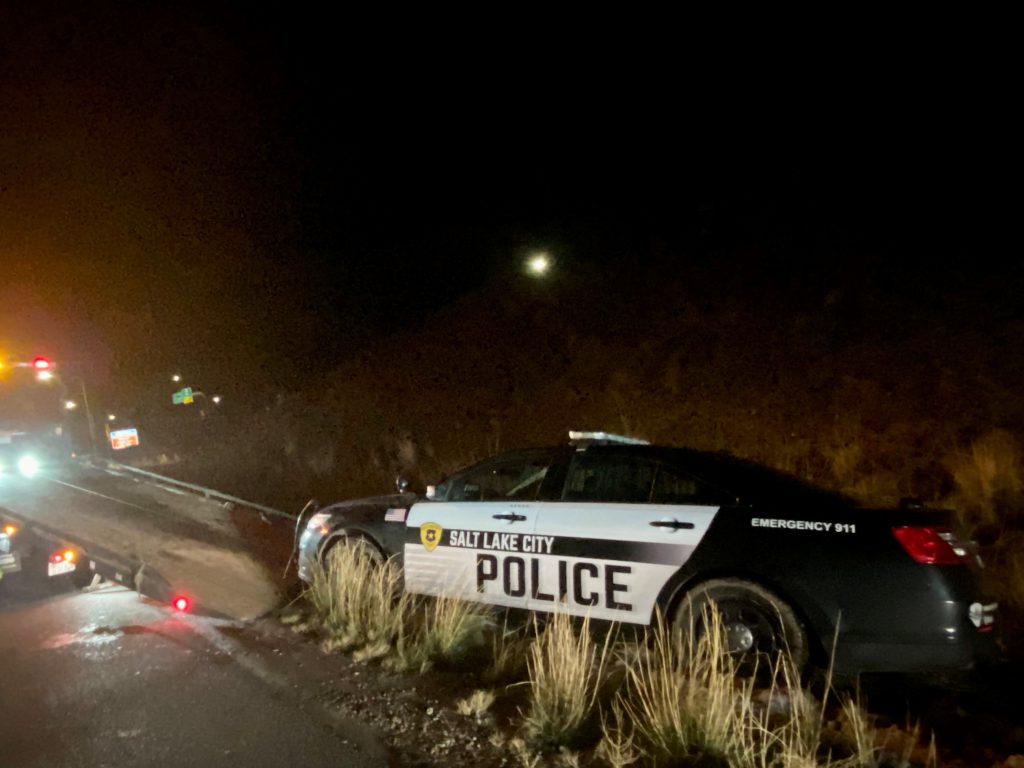 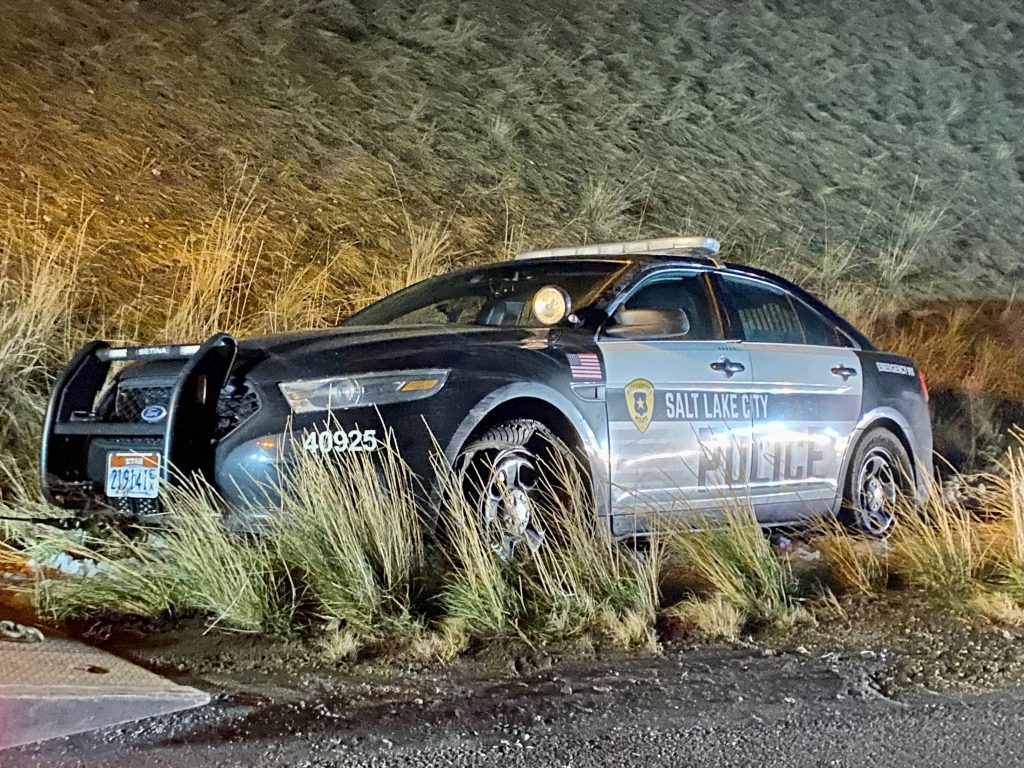