SALT LAKE CITY — The Salt Lake City Police Department is continuing its investigation into a deadly crash involving a motorcyclist and a passenger vehicle.

This investigation started at 4:10 p.m. when Salt Lake City Police Chief Mike Brown happened to be in the area of 400 South and West Temple and saw a significant traffic disruption.

Prior to the Chief’s arrival, community members had already started CPR on a victim.

The motorcyclist, 36-year-old Josue Vega, died on scene. Next of kin notifications have been completed.

As paramedics arrived on scene, an investigator with the Salt Lake County District Attorney’s Office, who also happened to be in the area, responded to assist with traffic control and securing the crime scene.

The preliminary investigation shows the motorcyclist was traveling southbound on West Temple at a high rate of speed when he crashed into the SUV. Investigators believe, based on witness statements, that Vega was attempting to beat a yellow light.

The driver of the SUV was traveling northbound on West Temple and turning westbound on to 400 South.

The driver remained on scene and is fully cooperating with the investigation.

A victim advocate with the Salt Lake City Police Department responded to provide victim services and advocacy for the driver of the involved vehicle.

Because of the crash, 400 South was closed from Main Street to 200 West and West Temple was closed from 300 South to 500 South. This caused significant delays to the evening rush hour commute.

The Salt Lake City Police Department appreciates the patience of drivers and pedestrians impacted by this crash.

All roads have since re-opened.

This crash marks the 13 traffic-related fatality in Salt Lake City for 2022.

Four photos from the scene are being released. 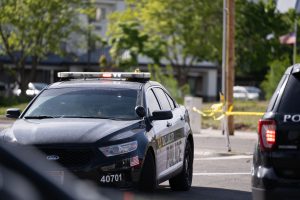 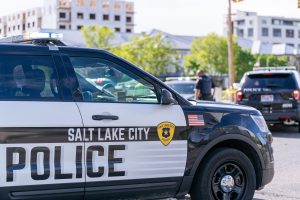 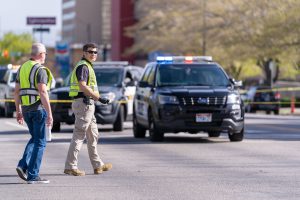 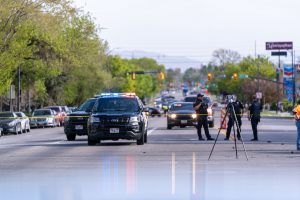