SLCPD Releases Response Times for May 2022

On Monday May 30, 2022, officers assigned to the Salt Lake City Police Department’s Liberty Bike Squad located a station wagon near 1900 West North Temple. The station wagon matched the year, make and model of a car listed as stolen. The officers confirmed the registered owner reported the car stolen.

When officers approached the driver, he refused to fully cooperate and attempted to reach the gear shifter and put the station wagon into drive. Officers quickly turned the car off, but the suspect again turned the car back on and attempted to put it in drive. The suspect managed to get the car into neutral, which caused the stolen car to roll into a marked police car.

Inside the car, officers found open containers of alcohol and drug paraphernalia. They also located a vehicle license plate that had been partially cut up and overlaid and glued on top of another license plate to give the appearance of being a completely different plate.

Officers booked the 30-year-old suspect into the Salt Lake County Metro Jail on charges of theft by receiving stolen property, failure to stop at the command of a police officer, interfering with an arresting officer, use of possession of drug paraphernalia, false evidence of a vehicle title and registration, giving false information to a police officer and having an open container in a vehicle.

During the search of the vehicle, officers found the stolen station wagon’s interior to be heavily damaged and dirty. The registered owner of the car responded and took custody of the car.
Several photos of the stolen car are being released. The photo with the license plate has been edited to protect the identity of the registered owner.

The Salt Lake City Police Department has a unit dedicated strictly to investigating auto theft. This unit is highly skilled and experienced. The detectives assigned to the SLCPD Auto Theft Unit not only follow up on cases by handling all auto theft investigations, but they deploy into the field to track down known vehicle theft offenders who have warrants or to look for, and recover, stolen vehicles. The SLCPD Auto Theft Unit periodically does multi-day operations, using various department resources and technology. These operations have an immediate and direct impact on other crimes being committed in Salt Lake City. 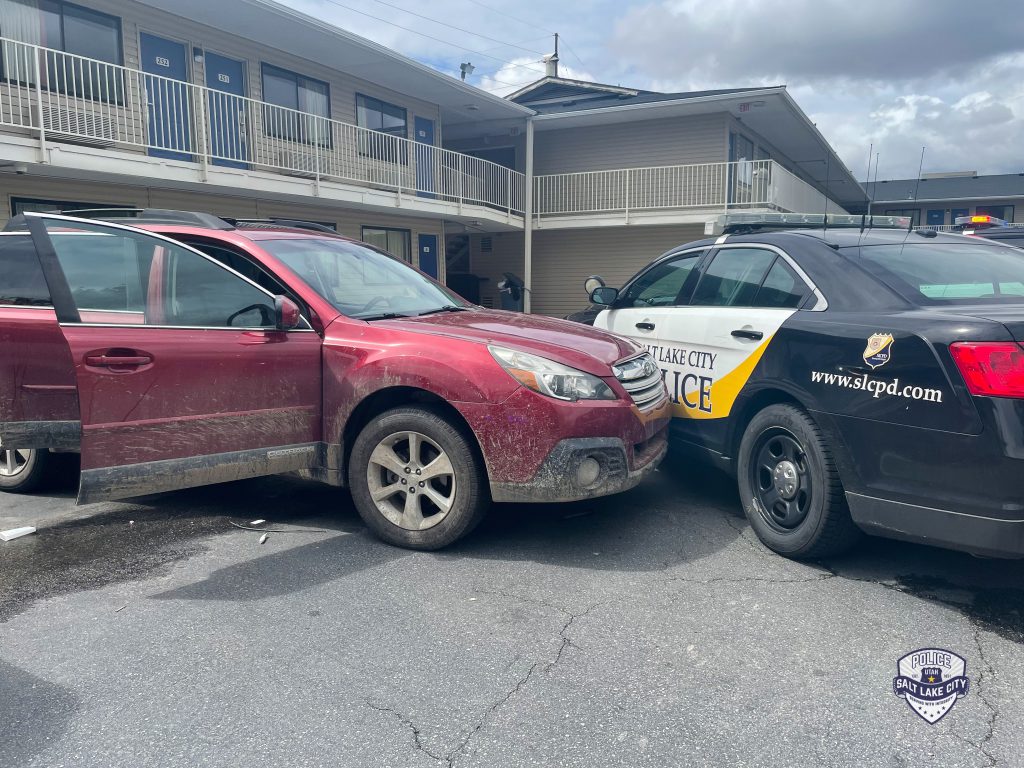 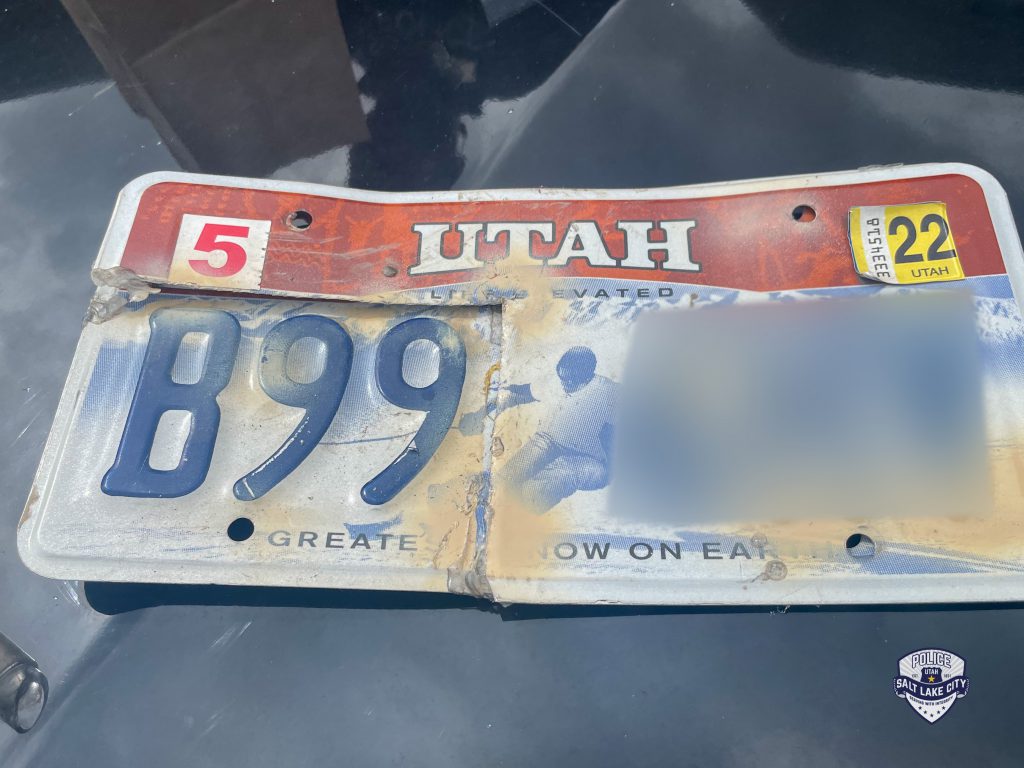 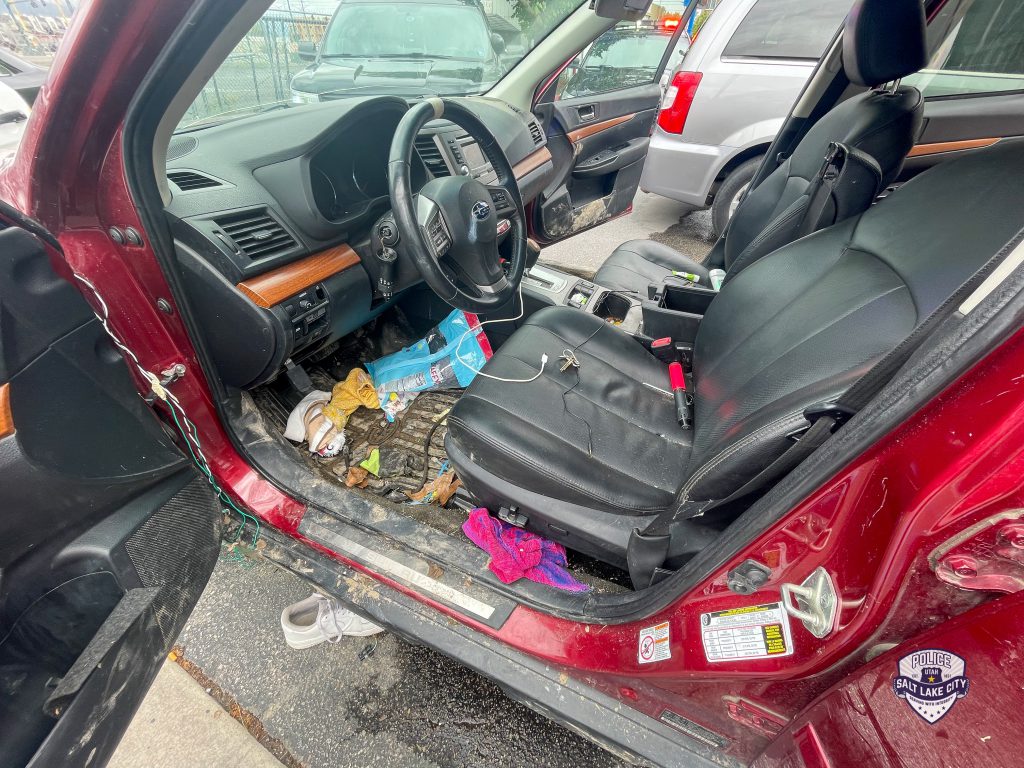 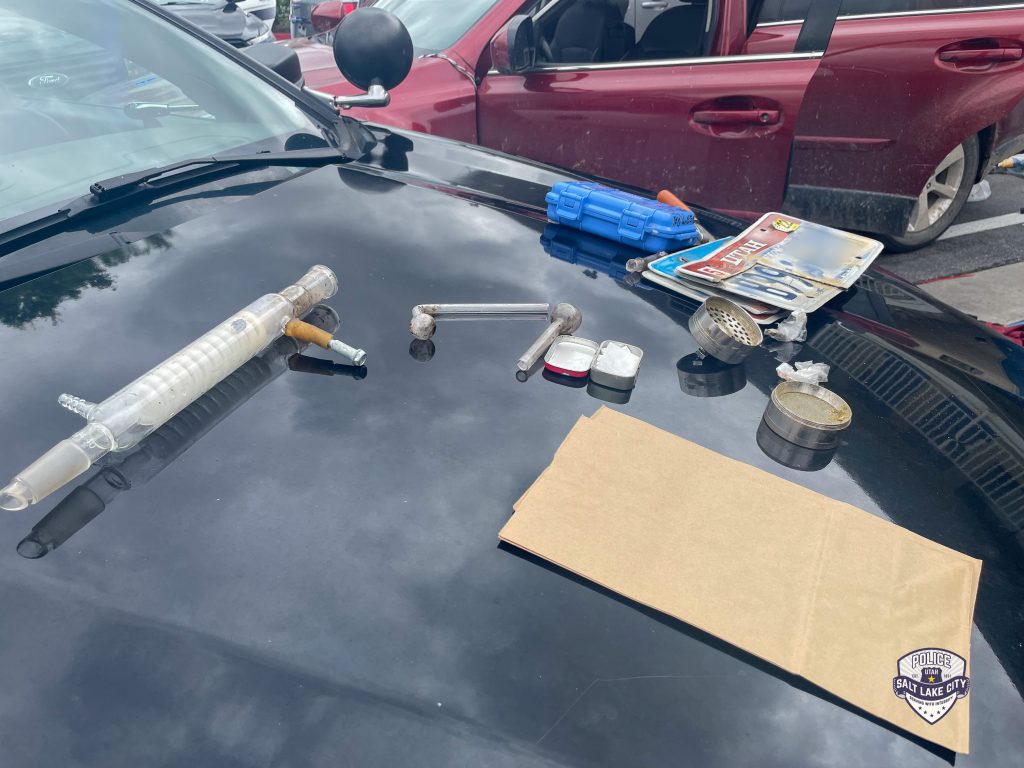